The dogs enjoy vegetable supplements in their normal high-protein diets. Raw or lightly-steamed veggies are a favorite treat and provide some extra nutrients and roughage to their diets.   Favorites include: green beans, carrots, sweet potatoes, and brussel sprouts! 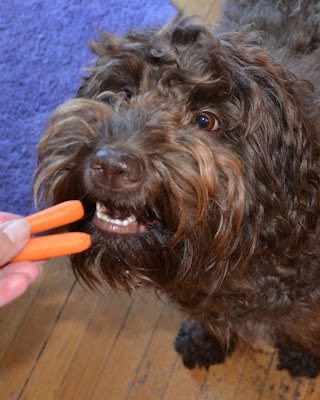 Posted by Kristin at Golden Gate Labradoodles at 7:26 AM 2 comments

We don't think we have ever witnessed such enthusiasm for a first solid meal as with Satori and Baby Joey's little "Blessings"! Remarkably, they just thrust their little muzzles straight into (under!) the puppy mush and started guzzling. They are starting out their culinary careers on a puree of kibble, organic goat milk, and raw green tripe, which clearly is delicious!  There is no order in the process, but rather a lot of trampling and pushing and slobbering, accompanied by sucky, slurpy sounds, and ending up with a lot of mucky faces and feet...Hoping that Satori takes her clean-up duties seriously! 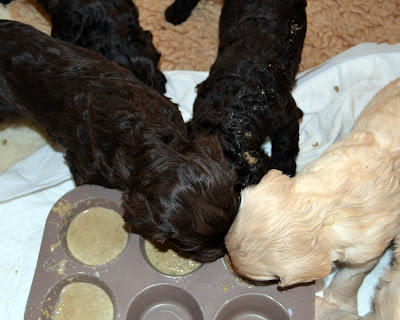 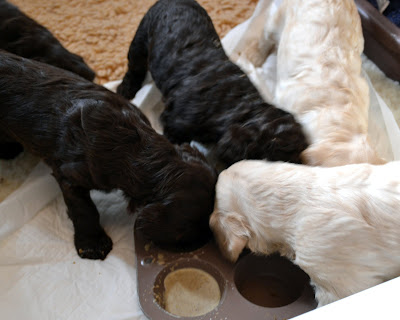 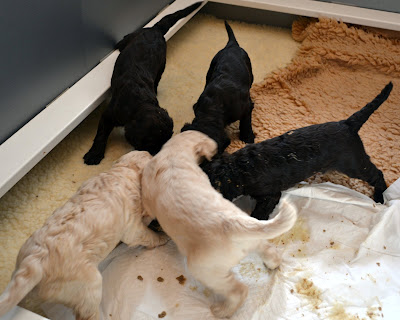 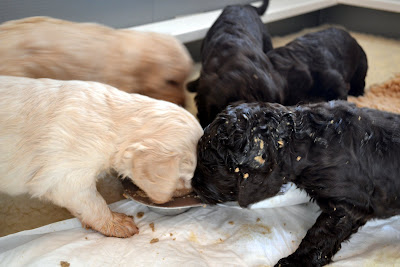 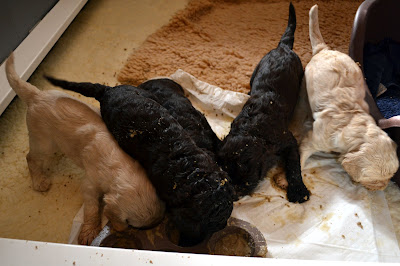 ...but, perhaps, on the other hand, the pups' affinity to food it is not so remarkable after all, given their Papa "Joey" likes nothing better than to commune with the refrigerator, and cousin "Topper" is also known for his gastronomic enthusiasm. So they probably come by it honestly!

Posted by Kristin at Golden Gate Labradoodles at 1:32 PM 2 comments

Satori's puppies are so extremely alert and on-the-ball for only 3 weeks of age. They are always aware of anyone approaching their box (no matter how stealthy we are) and will let us know that they want to be picked up and cuddled or be taken out for some exploration. We make sure that they are getting a lot of attention and socialization... 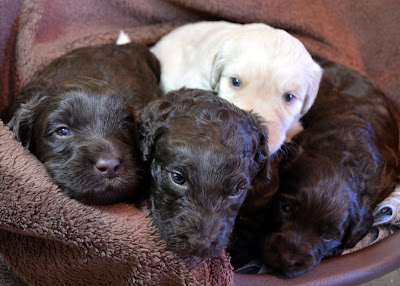 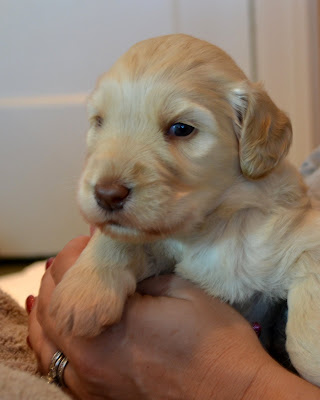 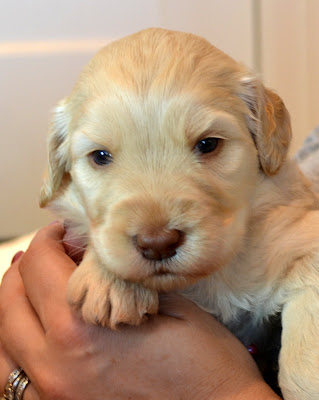 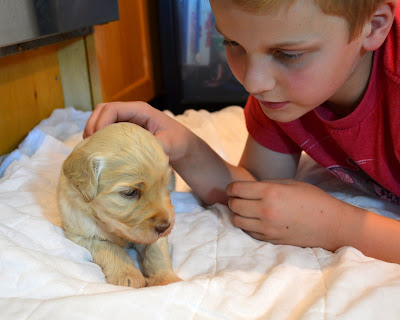 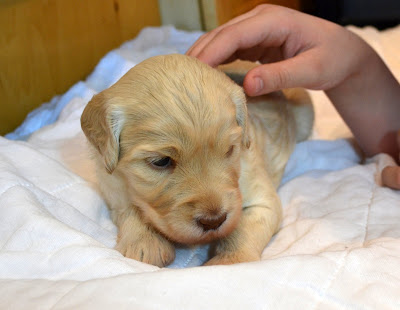 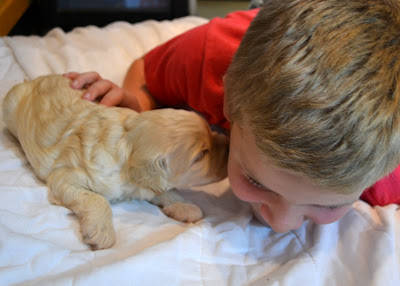 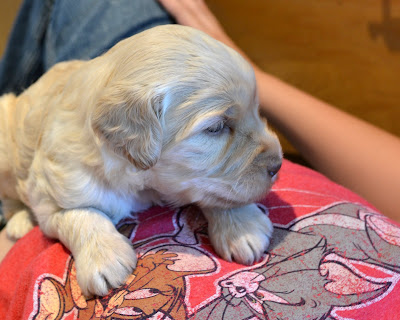 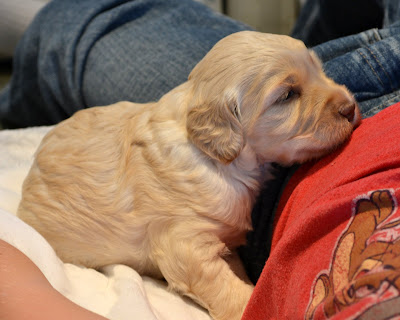 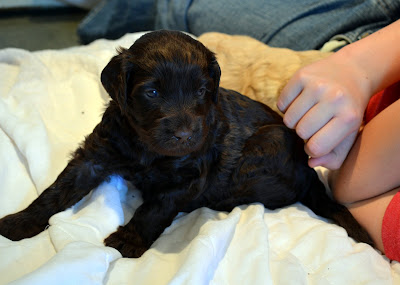 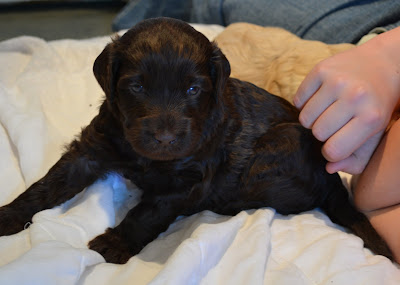 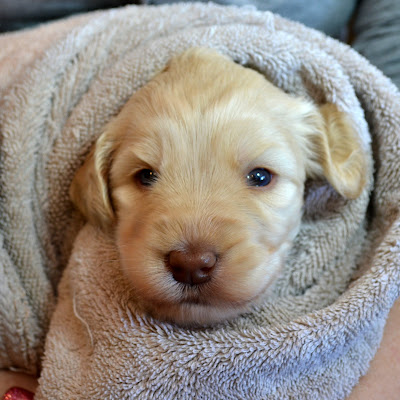 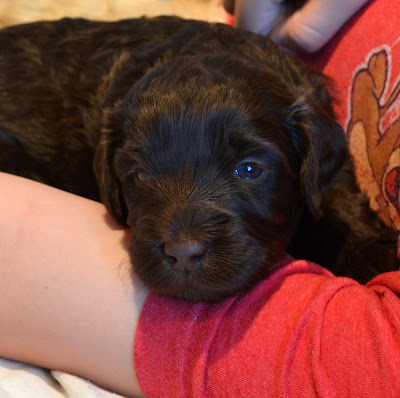 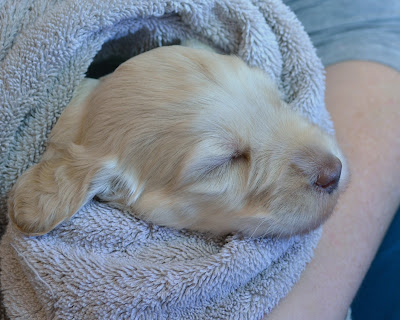 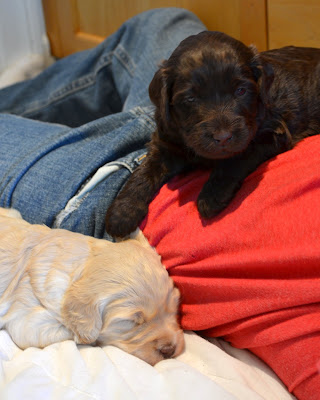 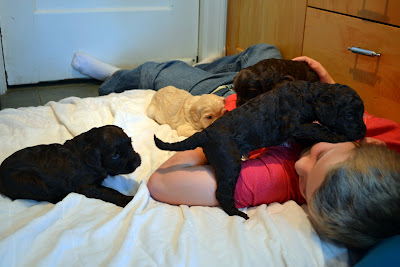 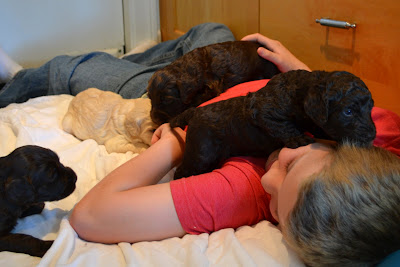 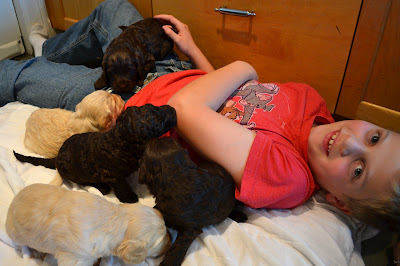 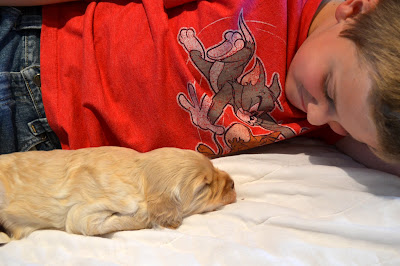 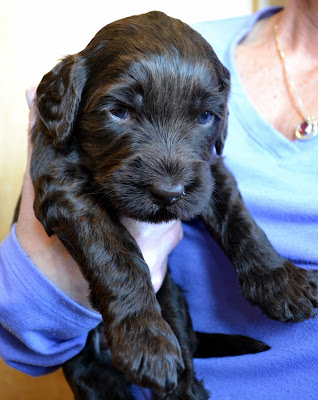 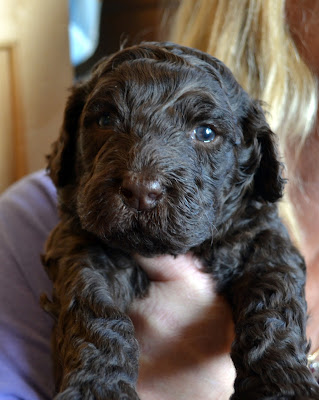 Posted by Kristin at Golden Gate Labradoodles at 8:31 PM 0 comments

It's time for the early morning romp and the puppies know it; they start to make their desires known with little whimpers and squeaks. Not unlike with the Garden of Eden, once their eyes were opened to the sweetness of freedom, there is no going back (happily) into the whelping box! 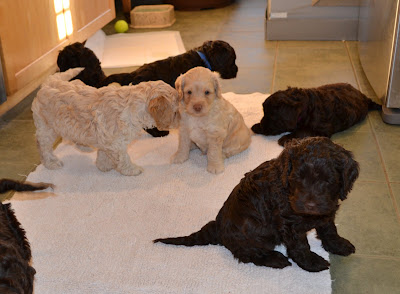 Next adventure: The Great Outdoors...

Posted by Kristin at Golden Gate Labradoodles at 9:55 AM 0 comments

We like the puppies to get around and visit other places in the house and yard as part of the socialization process.  They are usually a little cautious at first, but then seem to enjoy the adventure and the opportunities to meet others of course...

(Please click on the images to view them in larger format.) 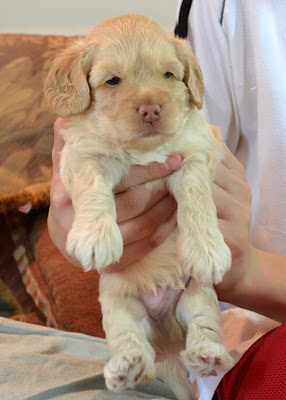 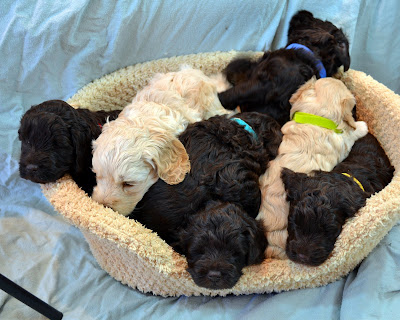 Posted by Kristin at Golden Gate Labradoodles at 7:56 AM 2 comments