For Kiki’s Hungry Babies, It Takes a Pack

We have three beautiful mamas nursing older litters here now and as both Sydney and Brinkley are sweet girls and very compliant, I wondered if they would nurse the three tiniest pups until Kiki’s milk came in. This is a risky exercise and I certainly wouldn’t try it would just any female dog…

Sydney and Brinkley were very interested AND concerned by the hungry squeaks coming from the room with Kiki’s new litter of 10 puppies. 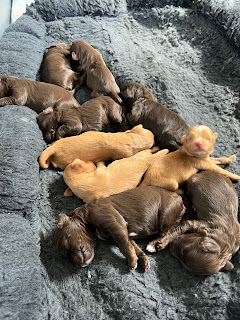 Both Sydney and Brinkley very willingly let the the tiny babies in to the milk bar. This would be a very unusual event and it’s mainly because these mamas are so well adjusted to each other and are also carefully managed by the pack leader.

Brinkley’s brother “Bailey” is the sire of this litter, making Brinkley their real auntie! 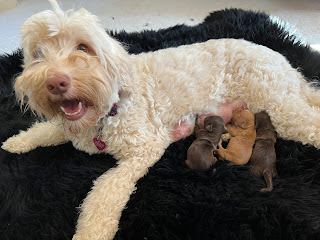 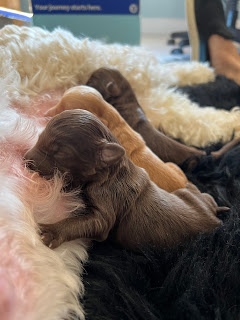 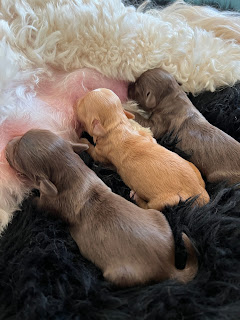 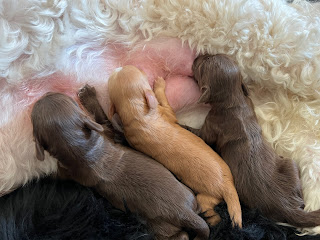 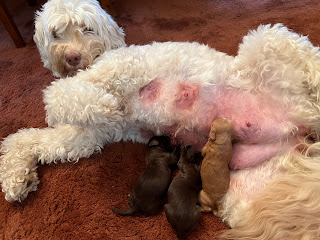 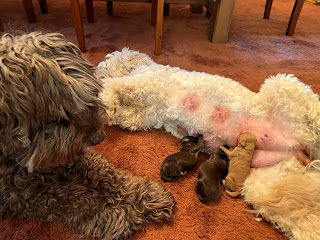 Uncle Cosmo, even at 14 1/2 years old and severely limited in vision and hearing, is keenly interested in the young puppies and supervises the relief efforts. Miss Brinkley doesn’t seem to mind at all.
Sydney has seven puppies of her own who are always very hungry and she also kindly helped out. 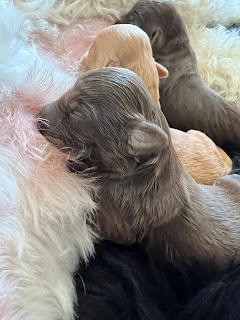 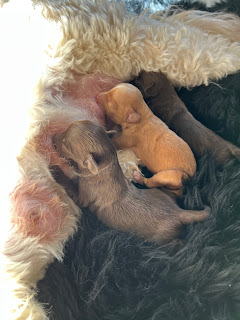 Even after Kiki’s milk came in, the two other mamas graciously supplemented the little ones and consequently they are catching up very rapidly to the littermates! 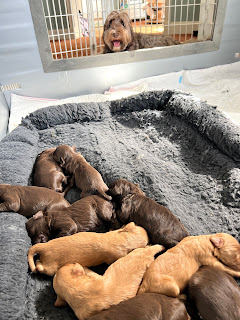 Posted by Kristin at Golden Gate Labradoodles at 10:15 AM 0 comments