Hazel has a wonderful litter of chocolate and white parti-pups--with one solid chocolate pup-ette for good measure!  The pups (4 girls and 3 boys) will likely mature to mini/small mediums in size and have a range of wavy-to-curly fleece coats.  There may be availability in this litter for families who have already submitted applications.  The pups will be going home from April 19th to no later than April 23rd. 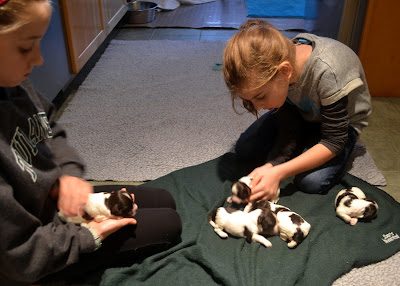 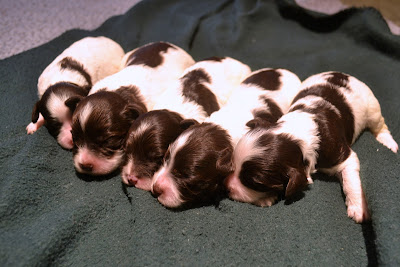 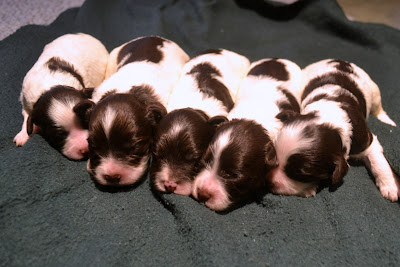 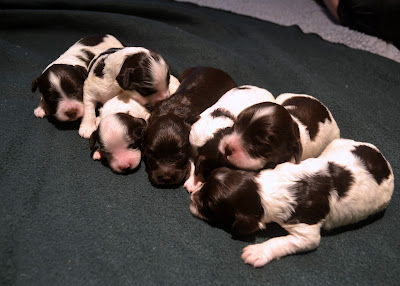 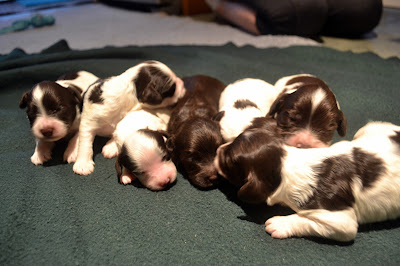 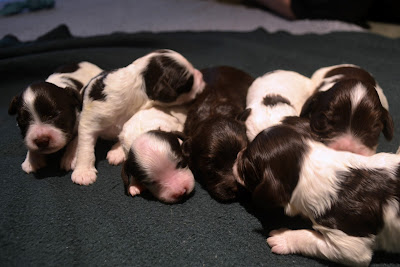 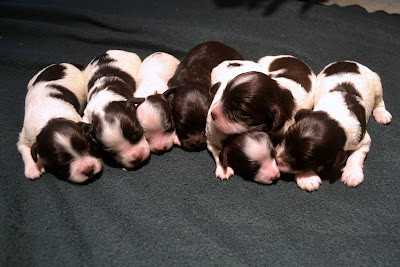 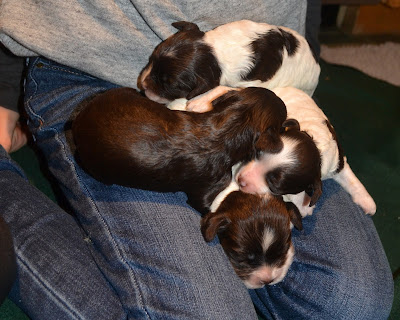 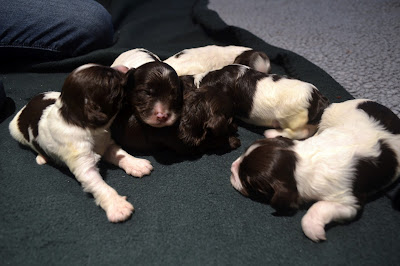 Remarkably, Hazel's best dog gal-pal "CocoaPuff", who has her own litter of two pups, is a natural mama herself and has been allowed to act as "nanny" to Hazel's pups: 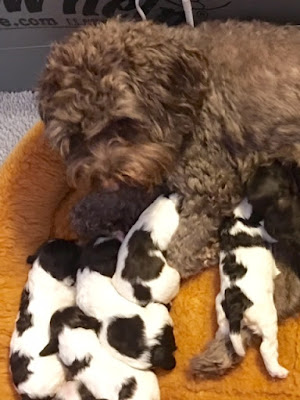 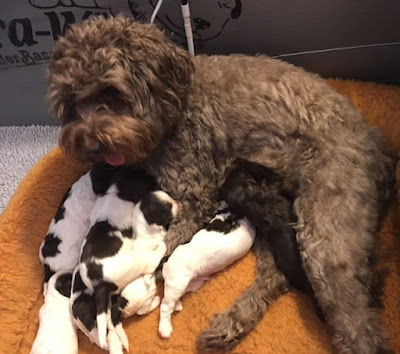 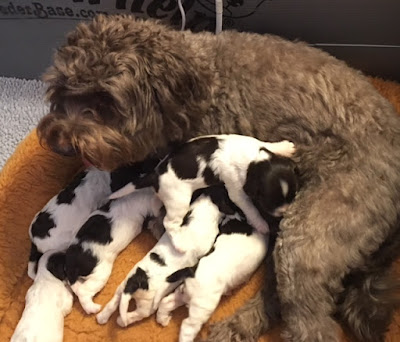 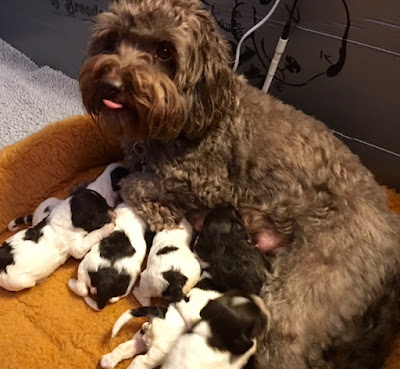 Posted by Kristin at Golden Gate Labradoodles at 2:37 PM